1. Beignets: Whether you enjoy them at Morning Call (City Park’s 24-hour cash-only café), or the world famous Café Du Monde in the French Quarter, these powdered-sugar covered treats are an iconic menu item.

2. Cemeteries: Author Anne Rice says one of her favorite Nola pastimes is touring the cemeteries. The organization Save Our Cemeteries works to preserve these historic and beautiful places. A guided tour is your best bet and you’ll want to bring your camera to capture the aura of these final resting places, many adorned with one-of-a-kind sculptures.

3. City Park: Nola’s version of Central Park, where you can bike, hike, golf, and even take a ride in a Venetian gondola! This 1,300-acre green space also encompasses the city’s Botanical Gardens and the New Orleans Museum of Art (NOMA).

4. French Quarter: The heart of New Orleans is one of the most famous neighborhoods in the world, where you can dine, shop, catch a play, stroll Bourbon Street, visit the Cathedral — or a voodoo priestess.

5. Streetcars: There are currently three lines to choose from: St. Charles, Canal Street and the Riverfront, and each ride will cost you $1.25. We like to gaze out the streetcar window along romantic St. Charles Avenue, one of the most esteemed streets in America. It’s fun, functional and historic: This is the oldest continuously operating streetcar in the world.

6. The Roosevelt: It’s part of the elite Waldorf Astoria Collection, so of course we adore this luxurious hotel and its perfect location. The lobby alone will make you feel like a princess in a mini version of Versaille’s Hall of Mirrors. There’s also a fabulous spa where you can treat yourself to an incredible Hydrafacial®, or head for the famous Sazarac Bar, named for the official drink of New Orleans.

7. Magazine Street: Hands-down the street we’re likely to spend the most time on during a weekend in Nola. (With music-centric Frenchmen Street as a close second!) There’s just no end to the options: art galleries, salons, wine bars, specialty boutiques, jewelry stores and restaurants galore.

8. Saenger Theater: We can’t say enough wonderful things about this historic theater, devastated by Katrina, but reopened in 2013 after a $52 million restoration. The Saenger was the center of New Orleans’ entertainment for nearly 100 years! Today it hosts rock bands, Broadway shows and everything in-between.

9. World War II Museum: The national World War II museum is a New Orleans’ treasure and a fitting tribute to this critical time period in U.S. history. The Tom Hanks-produced movie at the 4D Solomon Victory Theater is magnificent.

10. Yeaux Leaux: Which, in any other place is written: YOLO, for You Only Live Once. But this is how it’s done in NeauxLa! We love these tumblers from Lionheart Prints, a New Orleans company founded by designer Liz Maute Cooke. 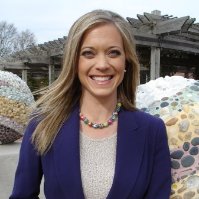 Editor in Chief and Co-Founder