Our London-based travelgirl has the scoop on how you can be royal, without an invite.

Wanna marry Harry? Too late ladies, Britain’s most eligible bachelor, Prince Harry, has been snapped up by Meghan Markle (or, as she’s nicknamed in England, Meghan Sparkle), bringing with her some La La Land dazzle to drizzly London.
If you haven’t yet received an invite to the wedding of the year between the soon-to-be sixth in line to the throne and the Suits actress, then it’s safe to say you won’t need to rush out and buy a hat. But that doesn’t mean you can’t follow in the footsteps of the Royals with your own tailor-made tour of London, living the lifestyle of The Firm (another British nickname, this time for the entire family), especially the younger generation.
The royal wedding will take place at St George’s Chapel on the grounds of Windsor Castle, where Prince Harry was christened in 1984. It’s located in the town of Windsor, 25 miles west of London, but as the UK’s capital city, and the place where the couple will make their home, London is set to swing in the weeks leading up to the big day, May 19.
Traditional royal sightseeing in London takes in Buckingham Palace, Kensington Palace, Westminster Abbey (where Prince William and Kate Middleton, as well as the Queen and Prince Philip, were married) and, for history buffs, the almost 1,000-year-old Tower of London — but here’s the low-down on the places today’s royals, especially the bride- and groom-to-be, hang out.

Shop Like a Royal
First of all, let’s take care of the basics. And by basics, we mean exactly that.  You know that feeling when your underwear actually matches, fits and looks so good that you feel like you’re winning at life?  No? Well get yourself to a branch of luxury lingerie retailer, Rigby & Peller, which, from 1960 until recently (when it lost its Royal Warrant) was the official underwear supplier to the Queen. There are branches across London, but the smartest are the boutiques in the upmarket Mayfair, Knightsbridge and Chelsea (King’s Road) areas.
As for those Royal Warrants, they’re given out by the Queen, her husband (the Duke of Edinburgh) and the Prince of Wales (her son, Prince Charles) to companies that supply the Royal Family with goods and services. You can find the logo on everything from an entire department store (Fortnum & Mason) and Aston Martin cars, to a humble bar of Cadbury chocolate (handy if you want to bring home a royal-themed present but don’t want to splash too much cash).
With the basics sorted, it’s time to hit the town, and Fortnum & Mason is once again a name to note, supplying tea to the Prince of Wales and ‘groceries and provisions’ to Her Majesty. Try afternoon tea in its elegant Diamond Jubilee Tea Salon and dine on finger sandwiches, including Coronation chicken, scones and a proper cup of English tea served in a china cup. Of all the posh department stores in London, including Harrods, Harvey Nichols and Selfridges, Fortnum is smaller and more refined with a select curation of goods (plus its own brand of tourist favorites such as tins of tea and boxes of biscuits).
While Prince Harry proposed to Meghan during dinner à deux at home, the couple also enjoy eating out, and when they’re not in private-members’ clubs they have been spotted at celebrity favorite, Bocca di Lupo, an upmarket Italian restaurant in the heart of Soho in the center of London.
It seems that Ms. Markle can’t quite leave her native shopping habits behind though, and has been spotted in the London outposts of Whole Foods Market. Stock up on vegan cupcakes and organic staples at the High Street Kensington branch, just a five-minute walk from the couple’s home, Nottingham Cottage, in the grounds of Kensington Palace.

Local Markets
The Kensington area in general is popular, not just with Meghan but also with socialites and members of the aristocracy — many buy flowers from Kensington Flower Corner, a family-run florist with a stall outside St Mary Abbots Church.
A more conventional London must-see that also has a Meghan connection (she featured it on her now-deleted Instagram account) is Portobello Road Market in west London. Go on a Friday or Saturday, and with an empty stomach as, after the stalls and shops filled with antiques and bargain boho knick-knacks, you’ll eventually reach the food trucks and fresh produce. It’s hard to say no to a hot churro or a portion of curried goat and, given the city’s multi-cultural history, you can try food from around the world without leaving London soil.
And speaking of markets, be sure to visit the Sunday-only Columbia Road Flower Market in east London. This Instagram-famous narrow street is filled with flower carts and the well-rehearsed chatter of the Cockney pitch owners. The crowds can be intense, but the best bargains are to be had later in the day, about an hour before it closes at 3 p.m., and even if you can’t buy any plants or flowers to bring home, the quirky shops that line the streets sell everything from contemporary art to cake.

The Marriage Town
Hotel rooms in the town of Windsor, where the royal nuptials will take place, sold out hours after Prince Harry and Meghan Markle revealed the date of their wedding. The grand event will happen in the 15th-century St George’s Chapel in Windsor Castle — the largest and oldest occupied castle in the world.
Thousands more people will make their way to the town just for the day to line the route of any royal procession (likely to be by carriage through the town’s ancient High Street) and wish the couple well. Windsor is a great day trip destination from London (taking around 45 minutes by train or by bus via a day tour booked from your hotel or online tour company).
And while Windsor Castle will be closed on the day of the wedding, the views and photo opportunities it offers from the street are fantastic and dedicated royalists are expected to camp out the night before to get the best spots. It, as well as St George’s Chapel (where, by the way, Henry VIII is buried), are open to the public on most other days of the year (for an admission fee).
A lovely town to walk around, you can pick up royal wedding souvenirs in the many gift shops or buy a bottle of Catherine, the Duchess of Cambridge’s favorite scent, Jo Malone Orange Blossom, in the brand’s store beside the train station.
London is always an exciting town to live in — and to visit — but with a Royal Wedding on the calendar, this just may be the time to book a ticket and experience history, along with the pomp and circumstance that has helped define the Royal Family, and Britain, for centuries. 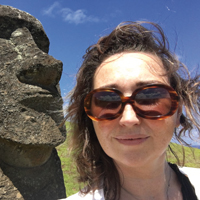