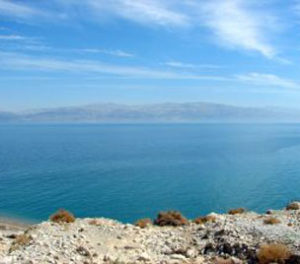 1. ISRAEL’S DEAD SEA is a natural treasure and one of the most remarkable places on earth. The lowest point on the planet, it has the world’s highest concentration of salt and holds the distinction that more water evaporates from it than flows into it. It is known as The Dead Sea because nothing lives in it; the high salt content prohibits the existence of life.
Travelgirl tip: Fly into Tel Aviv’s Ben Gurion Airport and take a rental car, a bus or hire a driver. It’s a two-hour drive and if you elect to stay the night, you will find a variety of hotels to suit any budget.

2. SALT IS GOOD FOR YOU! The rich saline content and numerous enriching minerals contained in The Dead Sea have marvelous health benefits. Those suffering with various skin diseases, including psoriasis and excema, will be soothed by the restorative waters. The high content of bromide in the air is also beneficial to the body’s systems, making this a healing retreat for anyone suffering from respiratory ailments.

3. REJUVENATE YOUR SKIN WITH THE CURATIVE MUD FOUND IN THE SEA BEDS AROUND THE LAKE.  The nourishing minerals revive your skin, making it soft and supple. The Greeks used to call it “Lake Asphaltites” because of the natural asphalts, and according to Egyptian writings, in ancient times mud from the Dead Sea was imported to Egypt for use in mummification.
Travelgirl tip: The mud is easy to spread; lather up and enjoy the healthy benefits.

4. ARCHEOLOGISTS WORKING NEAR AN OASIS CLOSE TO THE DEAD SEA discovered remains of ancient dwellings and determined that people have lived in this area since 5000 B.C. Take a hike and cool off in the waterfalls of Ein Gedi on the western shore, which served as a water source during Biblical times and where, 3000 years ago, David hid from King Saul. Just north of Ein Gedi is Qumran National Park. It was here that the Dead Sea Scrolls, the oldest known copy of the Old Testament, were discovered by a shepherd boy in 1947.

5. ENRICH YOUR TRIP WITH A VISIT TO MASADA, a mountaintop fortress overlooking the Dead Sea, and the last stronghold of the Jewish rebels fighting against the Romans. Masada is a national symbol of Israel and Israeli soldiers take an oath: “Masada shall not fall again.”
Travelgirl tip: A visit to Masada and a climb up winding Snake Path should be included on your first trip to the Holy Land! If the physical exertion is too much, a cable car is available.

6. LIE BACK AND READ A BOOK. You can’t drown in these waters. The high saline content will keep you afloat, which led the Romans to consider it one of the world’s wonders. The Dead Sea has been nominated for one of the New7Wonders of Nature. Log onto www.votedsea.com to cast your vote for Israel’s Dead Sea.
Travelgirl tip: Don’t shave the day you go in because the waters can sting your skin. Wear an old bathing suit and water shoes, as the salt on the sea bottom is rough. 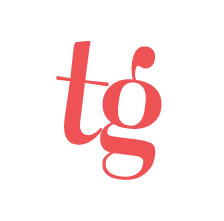