In 1607, the Jamestown settlers ventured to Cape Henry (now Virginia Beach) and saw Native Americans preparing a meal. “We came to a place where they had made a great fire and had been newly roasting oysters,” wrote George Percy. “When they perceived our coming, they fled to the mountains and left many of the oysters in the fire. We ate some of the oysters, which were very large and delicious in taste.” That was, notes local food historian Patrick Evans-Hylton dryly, “the country’s first food review.”
Admittedly, relations between the British and the Native Americans were unfortunate (despite the “popular” versions of the Pocahontas tale), but the settlers did adopt and transform the foods found in the area and waters. “Coastal Virginia is the birthplace of American cuisine and America’s first food region,” he adds. And, more so than ever, the region, anchored by Norfolk, is reclaiming its culinary history. And, after a visit, it’s easy to see why Travel + Leisure named it “America’s Favorite City” in 2017.
There is more to Norfolk than oysters (as if that isn’t enough!). After some ups and downs, this small city is back and better than ever — and is worth a visit to explore its naval history, culinary scene, fantastic museums and a waterfront that seems to have at least one festival a week.

NORFOLK IS ON THE MOVE
There are three convention hotels (Sheraton, Hilton and Marriott) and a Marriott Autograph Collection boutique that will come on board soon. In addition, there are a few other bed and breakfast and small boutique inns planned, including one by the owner of Four Eleven York, a sophisticated yet casual eatery located in the Freemason district. The city is built around the Elizabeth River waterfront and it’s fun to watch the working ships, complete with tugboats, go up and down the water. The Norfolk/Hampton Roads area is a sea town that houses the busiest port south of New Jersey (and one of the world’s biggest and deepest natural harbors), and, of course, the military. Every branch is represented and the Naval Station is the world’s largest supporting 75 ships, and 134 aircraft alongside 14 piers and 11 aircraft hangers. It’s only a short jaunt from the waterfront to the diverse and highly walkable neighborhoods. The Neon (New Energy of Norfolk) district is the city’s first official arts district with the Chrysler Museum and Harrison Opera House located here as well as new art venues. Many of the walls on the old buildings have vibrant murals, and if you want a tattoo, well, this is your neighborhood! Historic Ghent is lined with eclectic eateries, shops, art galleries and antique stores while the up-and coming Railroad District houses the burgeoning craft beer scene.

LET’S HAVE FUN!
There is a lot to do in Norfolk. For sports fans there are minor league baseball and hockey teams and Old Dominion basketball brings out a competitive furor come winter. Naturally, the area’s activities are defined by the water. Nearby are beaches but you can also go kayaking, sailing, fishing, crabbing and harbor cruising. We took a cruise with Virginia Elite, a yacht that is used for private parties. Its sister ship, the Spirit, is the way to get a lay of the land — or in this case — the sea. The Spirit offers a variety of options on its two-hour cruises including dinner, lunch and brunch adventures.
It also has special theme cruises such as holiday, cabaret drag queen (with a dance party afterwards), wine pairing dinners and comedy after dark. The views are spectacular as is the food, under the direction of Chef Rebecca Rose. Be sure to order a local favorite — a Bloody Mary with a raw oyster at the bottom. Travelgirl tip: Check the schedules to make sure these speciality cruises are operational Worthwhile time is spent visiting the battleship USS Wisconsin, which is now a museum. For those with an interest in military history, visits to the Hampton Roads Naval Museum, MacArthur Memorial, Naval Station Norfolk, Victory Rover Naval Base Cruises and Nauticus (a maritime-themed science center

ART AND GLASS SHINE
The center of Norfolk’s art scene rests at the Chrysler Museum of Art. Founded by Walter Chrysler (a reported black sheep of the automobile family), he collected art from avant-garde Parisian artists as well as from artist colonies such as in Provincetown, MA. He also developed a collection and appreciation for glass, thanks to his neighbor, Louis Comfort Tiffany (yes, that Tiffany). The museum houses a comprehensive and notable 8,000-piece glass collection. The museum has a wide variety of exhibitions that represent more than 5,000 years of history. There are African, Pre-Columbian, Greco-Roman, Egyptian and Asian art objects as well as Civil War photography, European paintings and sculpture and modern pieces, including “St. Andrew” by Kehinde Wiley, who did the famous painting of President Barack Obama. Not only is the museum free, but so is the nearby Chrysler Museum Glass Studio where daily demonstrations of glass blowing take place. 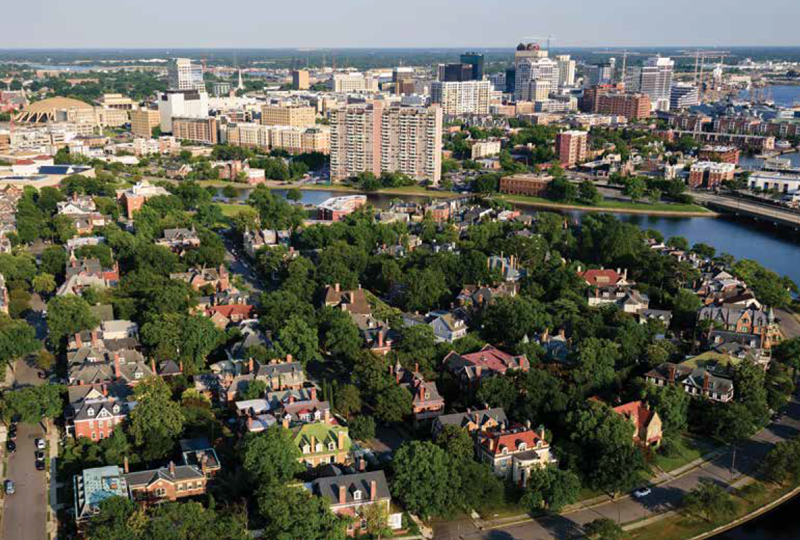 OYSTERS, OYSTERS AND MORE OYSTERS
With fertile fields nearby growing all sorts of vegetables, melons and strawberries, restaurants have an abundance of fresh produce to pair perfectly with the bounty of the sea. Crab, flounder, mussels, shrimp, scallops and tuna are regulars on every menu, but oysters reign supreme. Writer Eleanor Clark said, “Obviously, if you don’t love life, you can’t enjoy an oyster.” If that’s the case, Norfolk is full of folks who love life. Oysters are everywhere — in Bloody Marys, bisques, on eggs, sandwiches, stews, fried, roasted, raw —and even in craft beer. We started our voyage into oyster eating at Saltine, located in the Hilton Hotel. Saltine lets you know immediately what to expect when you walk in. Around the bar are piles of clams, oysters and shrimp and, in an adjacent open-window room, chefs prepare seafood. Above it is an impressive and artistic array of wine bottles. We started with a thick and rich Becca’s she crab soup, followed up with a Virginia blue crab cake. But the oysters were the hit. There are eight oyster  growing regions near Norfolk, and each delivers  oysters with a distinct taste and texture. At Saltine, you not only enjoy the offerings, but you also get an oyster tasting education. We walked over to Todd Jurich’s Bistro where self-made chef Jurich delights with a menu utilizing local produce and the signature  pumpkin and crab soup showcases his creative talents. Our final culinary foray was at Four Eleven York where thoughtfully curated dishes such as Korean chili braised octopus, eggplant and sautéed North Carolina flounder delighted diners. But the dish that received an encore was the roasted Chesapeake Bay oysters served with smoked corn cream, pickled corn, shallots and bacon. While Norfolk has a variety of up-and-coming restaurants, raw bars and craft breweries, it would be a shame not to stop at a local iconic diner, Doumar’s. At the 1904 World’s Fair Abe Doumar bought a waffle, rolled it into a cone and topped it with ice cream. And, that is how the waffle cone came into existence.
Go to Doumar’s and either eat at the drive-in or go inside the authentic retro diner. Before you order the ice cream, try some of the menu items with prices that are also a bit retro. For instance a hamburger is $2.50, a hot dog, $1.60 and a BLT, $3.80. Norfolk is one of those delightful towns that offers an authentic experience for those who want a bit of history, some culture, the excitement of a town on the move and lots and lots of great, local food. www.visitnorfolk.com 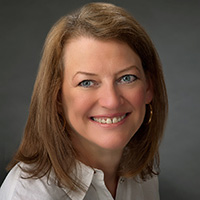