3 RESORTS WHERE FANTASY IS REALITY

We were skidding across the turquoise sea like a water bug. Ten minutes before, we had boarded the boat from Taveuni, a Fijian island that’s so small you need a magnifying glass to find it on the map. A van had materialized at the tiny airfield where our amusement park-sized plane had landed and transported us down a bumpy dirt road, under a tunnel of palms and past a village of thatch-roofed huts to a small clearing where a motorboat sat waiting. It was our ride to Qamea Island, another miniscule isle, this one so small you couldn’t find it on a map with the Hubble Space Telescope.

We were on Day 1 of a week’s journey around Fiji, bound for three of its swankest and most authentic beach resorts, two located on far-flung islands in the northeastern and northwestern regions of the archipelago, and one nestled on the “Adventure Coast” of Viti Levu, Fiji’s largest isle and home to the city of Nadi and the country’s international airport.

We huddled against the searing sun under a small makeshift canvas awning, the boat skipping across phosphorescent waves shimmering every shade of sapphire. “Land!” someone shouted. A shapeless mound on the horizon had finally revealed itself as a tiny, mountainous isle ringed by blinding-white sands. The driver cut the engine, and as we drifted into shore on the waves, the line of villagers on shore began singing Fiji’s official “Welcome Song.”

A few words about Fiji

Fiji is the poster child for tropical paradise, with more than 330 isles, only a third inhabited. Many of them are blessed with startling airbrushed beaches and lush, fantasia-like mountains, where waterfalls thunder from jungled heights and tropical flowers glow from the gloom of the fern-upholstered rainforests: purple and pink hibiscus, ivory Lady of the Night, Red Firecracker Fern, to name a few.

Yet despite its wild beauty, Fiji had never been on my bucket list: As a Peace Corps volunteer in the Caribbean, I’d seen too many native fishing villages bulldozed, too many villagers displaced so some faceless foreign developer could built another luxury resort. If this was happening in Fiji, I didn’t want to see it.

Fortunately, it wasn’t, and here’s why: The indigenous Fijians, who make up more than half of Fiji’s population and many of whom still live in villages, own more than 80 percent of the country’s land, and this land can never be bought or sold. If someone wants to build a resort on native land, they must get permission from the village and then lease the land from it.

This is a happy fact of life for tourists seeking an authentic Fijian experience: At the three resorts we visited, nearly all the staff were from nearby villages and everything — from the  entertainment to the spa treatments — was 100 percent Fijian.

Many indigenous Fijians choose to live a simple and communal lifestyle, one that has been handed down from one generation to the next. In the villages we visited, they lived in thatch-roofed huts with dirt floors and kerosene lamps, and they washed their clothing in the river.

Although their lifestyle struck us as rustic, they seemed so happy — joyful, even — that it gave us pause. The Fijians were also the friendliest people I had ever met: Even though we were just passing through, they greeted us with a heart-felt “Bula!” every time they saw us.

Settling into Qamea Resort And Spa

My beachfront bure had a tiny living room with wicker furnishings, a king bed made up in soft linens, a spacious bathroom with a heated towel rack, and  an outdoor rain shower outfitted with fragrant coconut toiletries called “Pure Fiji.” If this stuff could give me the long, silken tresses of the Fijian women, I’d use it for life!

Just a few steps beyond my red “do-not-disturb” coconut there was crystal clear snorkeling off the beach, awesome diving, wind surfing, catamaran sailing, guided kayaking through thick mangroves into neighboring villages, beachfront yoga and a short sarong-tying demo that could have saved me hours dressing for dinner had I chosen to attend. But it had been a long day’s journey to get here and all I really want to do was chill.
A massage was in order, so I walked over a kissing bridge and into a rainforest to the beautiful little spa. My masseuse said she did it all, so I took her hands — they were warm and strong — and said “go for it.” Her traditional Fijian Bobo massage was so rigorous it left bruises but dissolved every known knot in my bod. She followed it with a traditional Fijian hibiscus and coconut body wrap that turned my skin into butter — even the calluses on my elbows and knees had vanished.

From the spa, I walked to the swank indoor-outdoor restaurant for afternoon tea, then headed back to my bure and collapsed in my hammock, hoping to see the green flash as the sun dipped in to the sea. I woke at dusk to the sound of a conch horn announcing dinner.

We dove into a California-meets-Fiji feast with tomato and tamarind soup, king prawn salad, seared tuna with pickled cucumber and Asian greens and for dessert, a dreamy French baked chocolate tart with salted caramels and cream. Then we watched the villagers perform a Meke Ceremony in which they use traditional singing and dancing to pass on stories and legends from one generation to another. Near the end of the performance, they invited us to join them. I spent the next hour dancing barefoot under the stars. Back in my bure, I witnessed a miracle: My cracked, callused feet had been polished smooth by the sand!

The next morning, we breakfasted on fresh tropical fruits, omelets and fresh-baked pastries and then piled back into the motorboat to go back to Taveuni (“The Garden Isle”) and Bouma National Heritage Park. Our guide led us along a trail that climbed deep into the rainforest and up, up, up to two crashing waterfalls, the last one accessed by a steep ladder trail. We were so hot and tired we didn’t wait for an invitation to plunge into the crystal pool and stand under the cascade’s pounding spray. www.qamea.com

On to Yasawa Island Resort & Spa

From Qamea, it was a half-day’s journey by boat, van and small plane to Nadi and on to Yasawa in the resort’s tiny private plane. As the isle came into view, the pilot descended in earnest, landing on an air strip as steep as a black-diamond ski slope.

We cranked open the plane doors to golden hills and sunbaked air — Qamea’s tropical greens and high humidity a distant memory. The villagers approached us with leis and chilled coconuts with straws and then we piled into a van for the short drive along dusty dirt roads to the resort.As we stepped into an open-air lobby flooded with sunlight, we were once again welcomed with a song.

There were 18 wood bungalows — villas, really, sprinkled along the spanking white beach. I found a spacious living room, bedroom and bath, two outdoor decks and my own private beach where a palm-shaded cabana and daybed faced the waves.

That night, the villagers performed a traditional Meke, after which we settled into a table by the ocean and feasted on fresh grilled snapper, shrimp and crab, grilled corn, salads and homemade cake and ice cream. I swore I’d never eat again, but at breakfast the next morning I managed to devour a big stack of homemade banana pancakes, a fruit and yogurt parfait and several cups of strong Fijian espresso.

After breakfast, we set off across the sparkling sea by motorboat, finally pulling in to the tiny isle of Sawa-I-Lau Caves. This is the one featured in the 1980 Hollywood dream-teen movie Blue Lagoon starring Brooke Shields. The villagers had set up a shell market on the beach, and I agonized over which shell bracelet to buy before climbing an outdoor staircase into the cave. It was dark, and the water was cold, but I dove in and swam across the pool to the guide.

When he told me to hold my breath, dive under the water and swim toward the light, I almost laughed. It sounded like dying. I did as told, and a few scary seconds later emerged in a smaller cavern, and I wondered if Brooke Shields had been as nervous as we were.
Back on the boat, we motored to tiny Yawini Island, one of 11 private beaches owned by the resort (honeymooners often get dropped off for the day) for a lobster picnic lunch with champagne, followed by more snorkeling and relaxing.

At the resort, I walked to the adorable seaside spa for a massage, took a nap on my daybed and then followed the beach to dinner as the sunset blazed pink orange and purple. As we tucked into another feast of fresh grilled fish, it was easy to seehow this place had come to be called Yasawa, which is Fijian for “heaven.” www.yasawa.com

On to Nanuku Auberge Resort

Back on the main island of Viti Levu, we drove along “The Adventure Coast,” famous for its shark diving as well as wine dinners and culinary safaris, which are popular with foodies. Our last stop was the spectacular Nanuku Auberge Resort Fiji, overlooking sacred Beqa Island, home of Fijian fire walking.

This trip had already spoiled us rotten, but Nanuku took it to a whole new level: My luxurious bure had a romantic poster bed with wrap-around mosquito netting, a private plunge pool and hot tub and a personal “buddy.” Pela offered to help me unpack and before I could protest, she had drawn me a bubble bath, wondered if I needed anything ironed or laundered, and could she fetch me a cup of tea and homemade cookies from the kitchen?

The next morning, I slept through 6 a.m. kayaking, 7 a.m. paddle boarding, 8 a.m. beach yoga and just about made it to Sunday breakfast in time to hear the village choir belting out beautiful hymns. The resort’s Kanavata Restaurant is famous for its gourmet twist on farm-to-table cuisine, and my buttermilk pancakes layered with lady fingers, bananas, cinnamon and vanilla bean pod ice cream drizzled with Fijian honey certainly fit the bill.
After breakfast, we boated over to Beqa, hiking a steep trail up through impenetrable jungle to the top and wondering if we had just imagined that mystical unseen presence following us. Back at the resort, I took a paddle boarding lesson and all that falling and failing to get up gave me a huge appetite for the homemade soups and fresh salads at lunch.

We spent the afternoon on a guided kayaking tour through the lush tunnels and tranquil waters of mangrove forests along the Deuba River, en route passing by mud lobsters, herons, harrier hawks, kingfishers, fruit bats and other denizens of the river.

Dinner that night was a gala event beginning with a Torch Lighting Ceremony on the beach and a traditional Kava Ceremony, during which the men of the village stood in a circle singing and chanting while a few of their ranks crushed the roots of kava kava (a native shrub) into a large bowl and added water.

The resulting dark liquid was poured in cups and passed around. I took a teensy sip (it tasted just like mud) lest I ruin my appetite for dinner. The multi-course bacchanalia included tuna sushi with wasabi, tempura eggplant, crisp, slow-cooked pork belly, pan-fried fillet of snapper and coconut cream brulee for dessert. It was the most decadently delicious meal I have ever had, hold the kava. www.nanuku.aubergeresorts.com 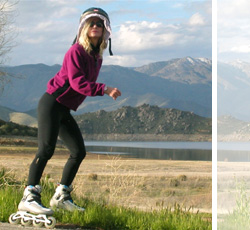