In New England, they have clam bakes; in South Carolina, it’s oyster roasts. In the Pacific Northwest it’s a salmon bake, and in Door County, a peninsula in northeast Wisconsin, it’s the famed fish boil.
The fish boil is a Door County tradition dating back to the late 1800s by Scandinavian immigrants to feed large groups of fishermen and lumberjacks, and has become a tourist favorite for more than 70 years. It’s a simple dish using fresh-caught Lake Michigan whitefish, potatoes, onions, coleslaw and bread but the actual boil is anything but simple.
Guests sit around outside in a circle. Travelgirl tip: Don’t sit where the wind is blowing. You will end up breathing a lot of smoke and smelling like a chimney! The boil master comes with a big cast iron pot with water and lets it boil. The potatoes and onions are added; next comes the whitefish. Just before the fish is ready, comes the grand finale. The boil master squirts kerosene on the fire and it rises up 15 feet in a big blaze of glory as the fish oils add further fuel to the fire.
There are several restaurants that host fish boils including The Viking Grill in Ellison Bay, Waterfront Mary’s Bar & Grill in Sturgeon Bay, Pelletier’s Restaurant and Fish Boil in Fish Creek, and White Gull Inn in Fish Creek. Our fish boil was in the Old Post Office Restaurant, which is located in the Edgewater Resort in Ephraim. The restaurant is a newly restored building, circa 1874, that housed the town’s post office in the early 1900s. Ephraim, by the way, is no longer a dry town. After much debate, the town finally allowed liquor in 2016 and the restaurant has a fully stacked bar. Don’t miss the gorgeous sunsets overlooking Lake Michigan.
The meal is served with homemade bread with only salt, lemon and butter used to spice up the food. Of course, no meal in Door County is complete with cheery pie, as Door County is the fourth largest producer of cherries in the nation with more than 2,500 acres of cherry orchards. Fish boil at Old Post Office Restaurant: Adults: $21; children: $15. 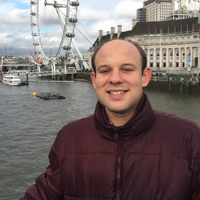